The White Winter Trilogy includes the books: To Do Justice, To Love Kindness, and To Walk Humbly. Scroll down to read a note from me about creating these books and the sources I used!

This photograph comes from the cover of “The Imperial Kloncilium,” which is a “Descriptive March for the Piano, Played with great success by the Sterling, Colo. Band of the KNIGHTS OF THE KU-KLUX-KLAN.” The piece was composed by J.A. Dungan as “the Official March of the Klan and the Women of the Klan of Colorado.”

The Official Klan Band of Colorado, personal collection of author

The Third Book in the White Winter Trilogy is set in 1923. The Great War has ended, but for three young Irish-Americans, the fight at home has just begun with a daunting foe: the Ku Klux Klan.

As America returns to peace and prosperity, the Ku Klux Klan arrives in Colorado. As its membership grows, the Klan rises to political power through intimidation of its enemies and violence. For Kathleen O’Doherty, the Klan threatens what she values most: family and faith. Still grieving for those she lost during the war, she must make a choice that she never thought possible. Her cousin, Sean Sullivan, comes home from France a war hero—a distinction he would rather forget. Yet his newly-found status as enemy of the Klan upends his determination to live peacefully and purposefully. Meanwhile, his sister, Maggie struggles to maintain the secret life that she chose before the war. Wife, mother, caregiver, writer—she finds herself longing for escape and a new romance. Love comes to all of them in unexpected ways, only to be imperiled by secrets and scandal. Set amid the glamor of the Roaring Twenties and chronicling an unforgettable era in Colorado’s history, To Walk Humbly brings the characters of the White Winter Trilogy to their destiny. 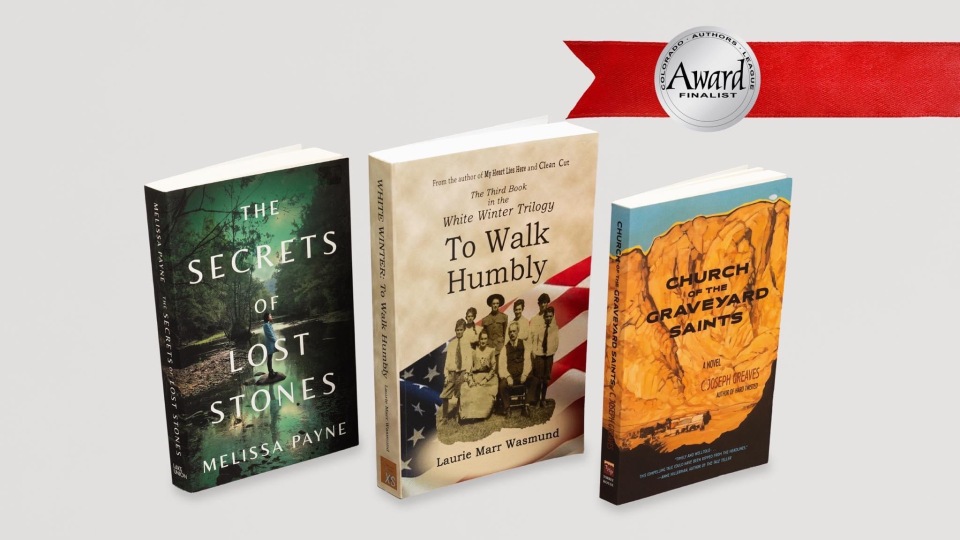 The story of the Ku Klux Klan’s rise and fall in Colorado during the 1920s is both fascinating and complex. The era of the Roaring Twenties, known for its loosening morality, expanding opportunities for women, and rebellion against the government that had taken America and the world in war, was accompanied by a backlash against Jazz Age hedonism, immigration policies, and “otherness.”

In Colorado, it led to odd alliances, such as the one between the National Woman’s Party, which stood for woman’s suffrage; access to birth control a la Margaret Sanger; and women’s rights in the workplace and political strata, with self-made women such as Alma Bridwell White, who endorsed all of these positions–but who also started the strict, evangelical Pillar of Fire church and openly promoted the Ku Klux Klan. It made heroes of minor figures, such as Father Matthew Smith, the formidable editor of the Denver Catholic Register, whose newspaper attracted national attention during his tenure, and it bedeviled prestigious men such as Denver District Attorney Philip Van Cise, who had already achieved “rock star” status in the state of Colorado. Denver Mayor Ben Stapleton was cast eternally into the fire of controversy because of his flip-flopping from one side of the argument to the other; even today, the housing development named after him struggles with the legacy he left behind. Recently, a petition was circulated to change the name.

My novel is long enough, but there’s much in this historical vista that I was unable to explore. The town of Canon City, which is near Pueblo, gave itself over almost completely to the Klan (Google “Klansmen on Ferris wheel” for the most puzzling photo taken at the time), while the peaceful, largely segregated neighborhoods of Five Points/Whittier (African-American) and the West Side (East European Jews) were subjected to violence and intimidation. Despite its avowed hatred of bootlegging, the Klan took the revenues for moonshine in south Denver, while allowing the Roma family to control “Little Italy” on the north side.

What the Klan truly meant in Colorado is truly intriguing. For most members, it was a men’s social club, akin to the Elks or Rotary, where networking took place and friendships struck up. The concept of “klannishness,” in which members only did business with each other, appealed to more than one struggling tradesman or shop keeper. For those who believed in the rhetoric of hatred against others, it was a means of getting even with the foreigners who had infiltrated and somehow diminished American values. For the upper echelon of members, the Klan was both a catalyst and vehicle to political power and wealth. In the end, it disintegrated under the weight of its own corruption; in 1936, long after the Klan and Grand Dragon John Galen Locke had fallen from power, former Klan members raided Dr. Locke’s mausoleum at Fairmount Cemetery looking for $26,000 that had vanished from Klan coffers.

Drawing parallels between the events of 1924 in Colorado and present day is inevitable. We have seen the resurgence of the “America First” mentality, in which those who do not look, believe, act, or love in a certain way are vilified, subjected to violence, and threatened with expulsion. Some of the rhetoric–and certainly the loss of civility in politics–that abounds in our news cycle sounds as if it could be lifted from a newspaper of the 1920s. We are still engaged in discussion of who and what is American; what should and should not be taught in our public schools; definitions of freedom of speech and religion; and separation of church and state that echo those of one hundred years ago.

My hope is that you, my reader, will enjoy my novels for the story and characters, but that you’ll also pick up a history book and read more about this phenomenal time in our state’s history.

Get ready for the list of sources I used for this novel, because it’s a doozy!

The Women of the Ku Klux Klan